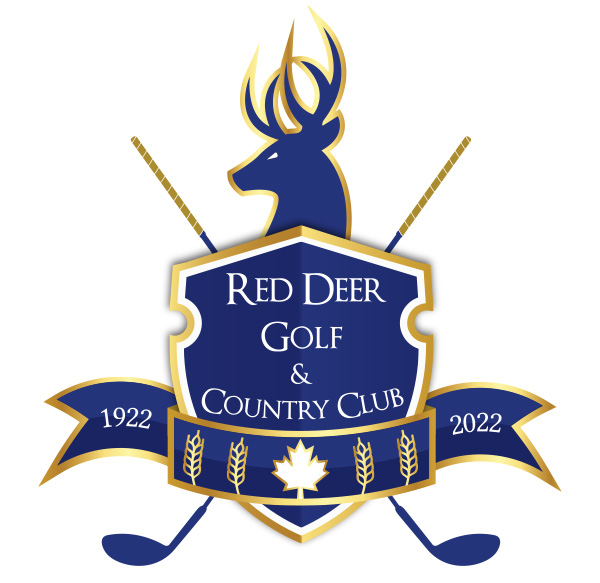 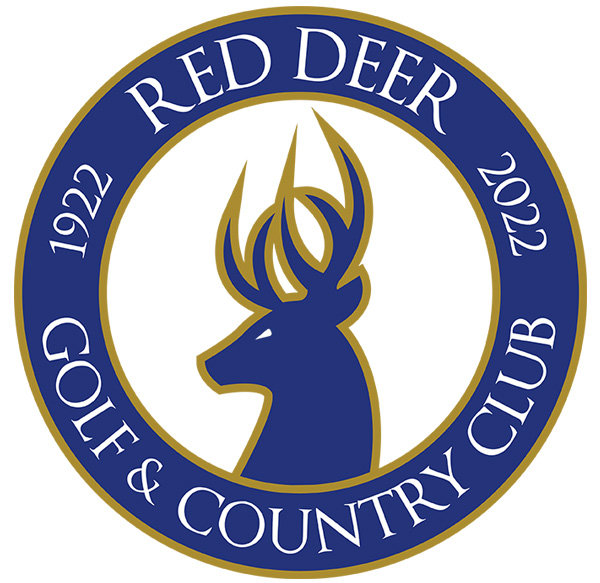 The Head Professional of the Red Deer Golf & Country Club reached out to me in late May of this year wanting to develop a 100-year anniversary logo for the club, which was fast approaching in 2022.  The Red Deer Golf and Country Club is a member-owned, private, championship facility located in central Red Deer and a short drive from anywhere in the city.  It has been the host of a number of prestigious events throughout their history including the Alberta Men’s Amateur and their annual Central Alberta Men’s Amateur.

During our initial meeting, it was understood that the logo would be a 100th-anniversary logo to be used in both a merchandising and a celebratory manner when 2022 rolled around. They had their original “retro” logo that they did want to base the idea on, or perhaps event redraw that logo to be more modern and include the 100 years into. As you will see below, the project itself evolved a great deal through the month and we ended with 2 logos the club could use moving forward.

The creative process began with creating a newer version of their “retro” logo idea to incorporate the “Deer” aspect in a cleaner, more legible way. There were six initial designs with different variations of a deer head, font options, and supporting graphic elements. After receiving the first set of ideas, Dean reached out and wanted me to use the retro logo to create the new logo, so my next task was to clean up the original design and incorporate it into a new version of a logo. 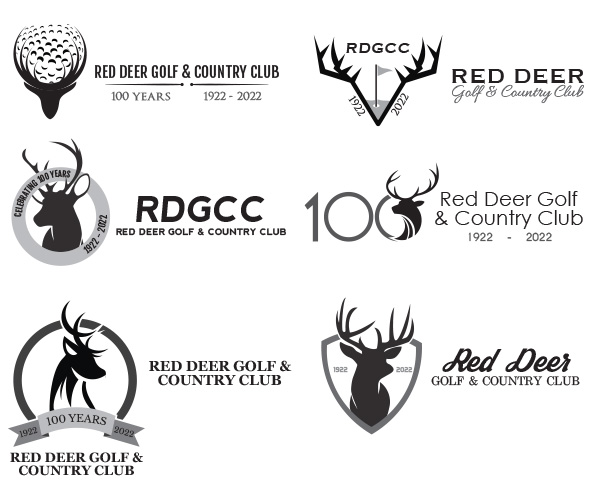 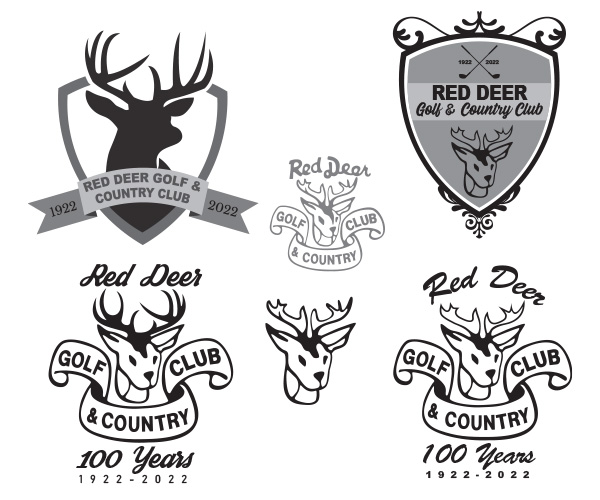 After these concepts were gone through by the staff and board of RDGCC, they made the decision to switch gears somewhat and develop not only a 100th-anniversary logo but a new logo in general. They were looking to rebrand the club so they asked for two separate logos – one that would be more simple to be used in branding and merchandising and one the other to serve as the main logo for the club. My goal was to design and develop logos that provided a consistent message of prestige and history associated with the club. The next samples that were sent would eventually be revised/edited to get to the final products you see above.

In terms of colour palette, we did play around with 5 different combinations but eventually settled on the existing Pantone colours they club currently used. This would keep the rebranding expenses down, as a complete overhaul would not be necessary. The combination of blue and gold evokes feelings of professionalism, loyalty, success and knowledge – exactly what the club was hoping for, so it did make complete sense. 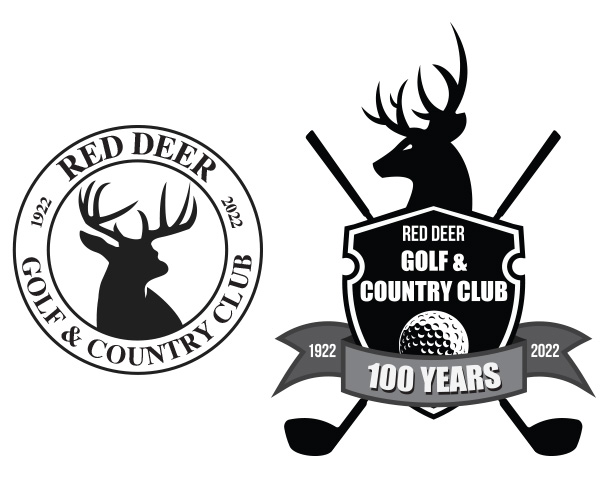 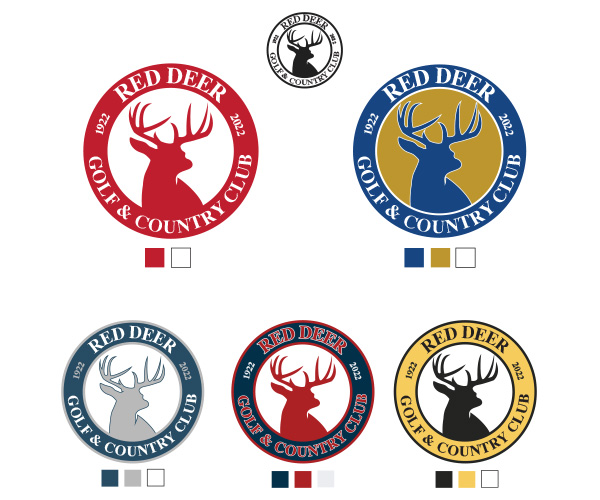 The final designs (shown at the top) are a clean and modern take on the past ideas of the club and evoke the proper message expressed by Dean and his staff during our consultations. The final product can be easily converted into any branding materials, including heat pressing and embroidery. The versatility in having two separate logos that express the same message and incorporate similar elements allow RDGCC to venture into new ways of marketing their club for years to come.